Sandy Fountain was born in Tunnel Springs, Alabama on August 25th, 1922 to Anthony and Luella Fountain. He was the fourth of their eleven children. He was given the name Anthony by his parents at birth but some years later he changed his name to Sandy. He loved to have fun and was well known for his joking and teasing.

Sandy was raised on a farm and in a County (Monroe) that has the third largest number of documented lynchings in the entire State of Alabama. Life was difficult for African Americans in general back then and Sandy was no exception. But unlike many young African American males that grew up during that era, Sandy went to school and learned how to read and write.

To escape the harsh treatment of African Americans in the Jim Crow south, Sandy lied about his age and enlisted in the Army when he was just 16 years old. Sandy served in the Army for two years, got out briefly and then reenlisted where he would serve another four years for a total of six.

When Sandy was discharged from the Army in 1945, he returned to Alabama for a short period of time before moving to Pensacola for better job opportunities. During this time and while in the Army, he was dating his soon to be wife, Carlie Mae Royster of Burnt Corn, Alabama. They soon got married in September of 1948 and would bring into their union three beautiful children; Annie, Betty and Samuel. The family later moved to Chicago in 1953 and Sandy got a job working for Campbell Soup.

In 1957, Sandy moved to Cleveland, Ohio where his brother (Leon) resided along with other family members. This is when his fourth child, Dale was born. Sandy worked for a number of companies, most notably the World Publishing Company until it was bought out by another company in the late 60s/early 70s.

In 1994, Sandy retired and returned home to the south – Pensacola, Florida. He enjoyed the leisurely life of retirement and would often spend time visiting his brothers Jabo and Tea; his sisters Mary Lee, Annie Ruth, Georgia Mae and Carrie Dell; and hanging out with nephew Goat at the “Hut”. On June 9th, 2003, the Lord called Sandy home. He was 81 years old. 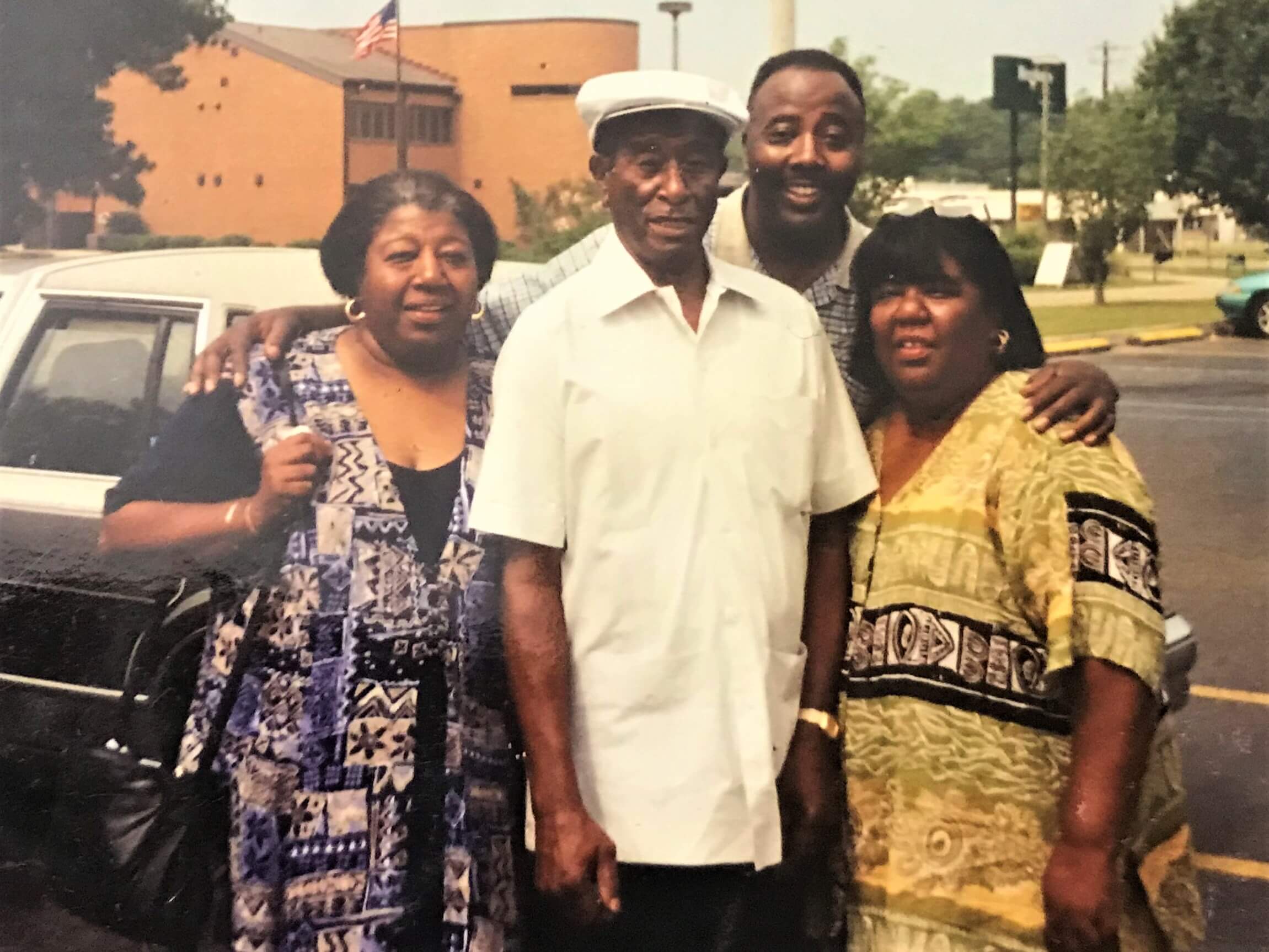