Leon Fountain was born on November 18, 1927 in Tunnel Springs, Alabama. He was the sixth of Anthony and Luella’s eleven children. Although not the oldest, he had a very influential voice in the family and could be very persuasive at times. Leon attended Rosenwald Jr. High School until about the 9th grade. Like the rest of his siblings, he grew up working on the family’s farm and picking up various manual labor jobs until he was about 18 years old.

Leon desired a better life and greater opportunities than those available to him in Tunnel Springs or Monroe County. And like so many of his family members and cousins, Leon moved to Pensacola, Florida. However, Leon had close family members on both his mother’s and father’s sides living in Cleveland, Ohio. Leon chose to move to Cleveland after a year or two in Pensacola when he was about 20 or 21 years old. He grew up in Cleveland as a young man. He worked for Case Western Reserve for many years, and his last 12 years of his employment there he worked as a Maintenance Foreman.

He was considered by many to be the most debonair of his male siblings and remained a bachelor until he was about 30 years old. This was somewhat uncommon during that time but he was waiting to find true love. He met a beautiful young woman named Levada Williams through his first cousin (Jeff Fountain) that he fell in love with. Jeff was dating Levada’s sister Lois. These two first cousins married two sisters. Jeff married Lois in 1956 and Leon married Levada in 1957. Leon and Levada were very happy together and brought three beautiful children into their union; Robin, Leon Jr. and Cordell.

Leon was a man of God and faithful servant. He served on the Usher Board for nearly 20 years at two different Churches. He helped anyone he could, especially his nieces and nephews, was active in his community and was a dedicated family man.
His unwavering faith and trust in God allowed him to endure a lengthy illness until God called him home on July 9, 1976. During his relatively short life, he made a profound impact on all those he came in contact with. He was just 49 years old when he transitioned. 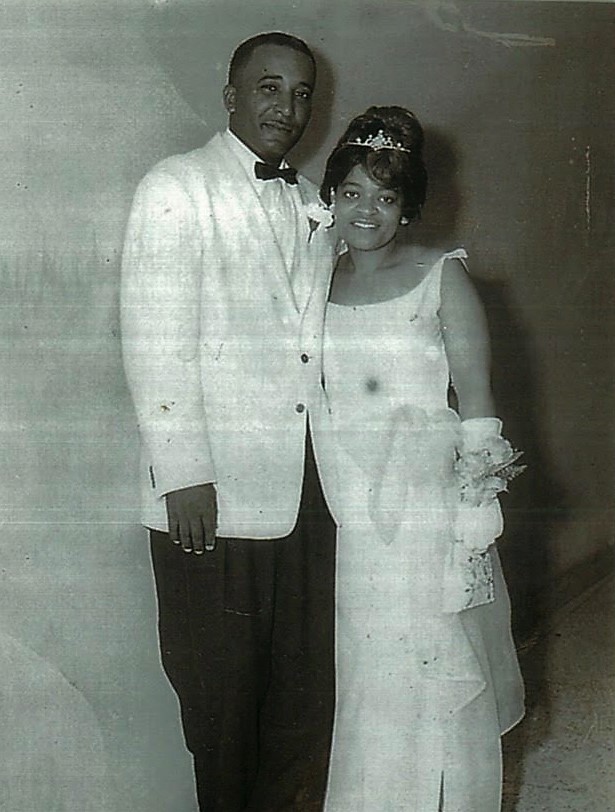