Jeff Hall Fountain was born on April 3rd 1932 in Tunnel Springs, Alabama. He was the baby or youngest of Elisha Jr. and Carrie Hall Fountain’s 11 children.

Jeff (nicknamed Stuckey) grew up working on a farm like the rest of his siblings and playing with his large number of cousins that lived in Tunnel Springs during that time. He enjoyed the outdoors and was an avid hunter. He was tall (approximately 6’2”), handsome and very popular within the Fountain Family.

He attended public schools in Monroe County and graduated from Monroe County Training School (now JF Shields High School) in 1951. Shortly thereafter, Jeff enlisted in the Army and served in the Korean War. He was later honorably discharged in 1955 after a 4-year stint. After his discharge, Jeff moved to Cleveland Ohio and soon met Lois Williams - the woman that he would fall in love with and later marry in October of 1956.

Jeff was smart. With his exposure to hard work and manual labor growing up on a farm in Tunnel Springs, he wanted to use his brains versus his back to make a living for him and his family. This led Jeff to enroll in the Electronic Radio School of Communications where he graduated in 1960. With these new credentials, Jeff landed a job with the City of Cleveland in the Department of Traffic Engineering where he worked for over 34 years, retiring in 1989. Jeff in partnership with his wife Lois also established and operated a successful jewelry business for 30 years – Creations by Fountains. They ran their business while Jeff concurrently worked for the City of Cleveland – opening two stores and traveling throughout the United States promoting and selling their customized jewelry.

Jeff had a “cool” demeanor and warm spirit. He enjoyed cooking and listening to live jazz and blues music. He was also an excellent bowler and played on the City of Cleveland’s bowling team for many years. Jeff enjoyed the simple pleasures of life. He could be found sitting in his backyard under a tree sipping a cup of coffee and reading the newspaper. He enjoyed participating in a good debate, especially with his first cousins; James/Esaw (Fountain) and Elisha/Big Daddy (Randelson). But most of all, he loved staying connected with his family (siblings, nieces, nephews and cousins). He talked to them by phone often and never passed up an opportunity whenever he could to travel South to spend time with them.

Jeff was loved and revered by his three daughters, seven grandchildren and 10 great-grandchildren. His memory and teachings and will forever live on in their hearts. 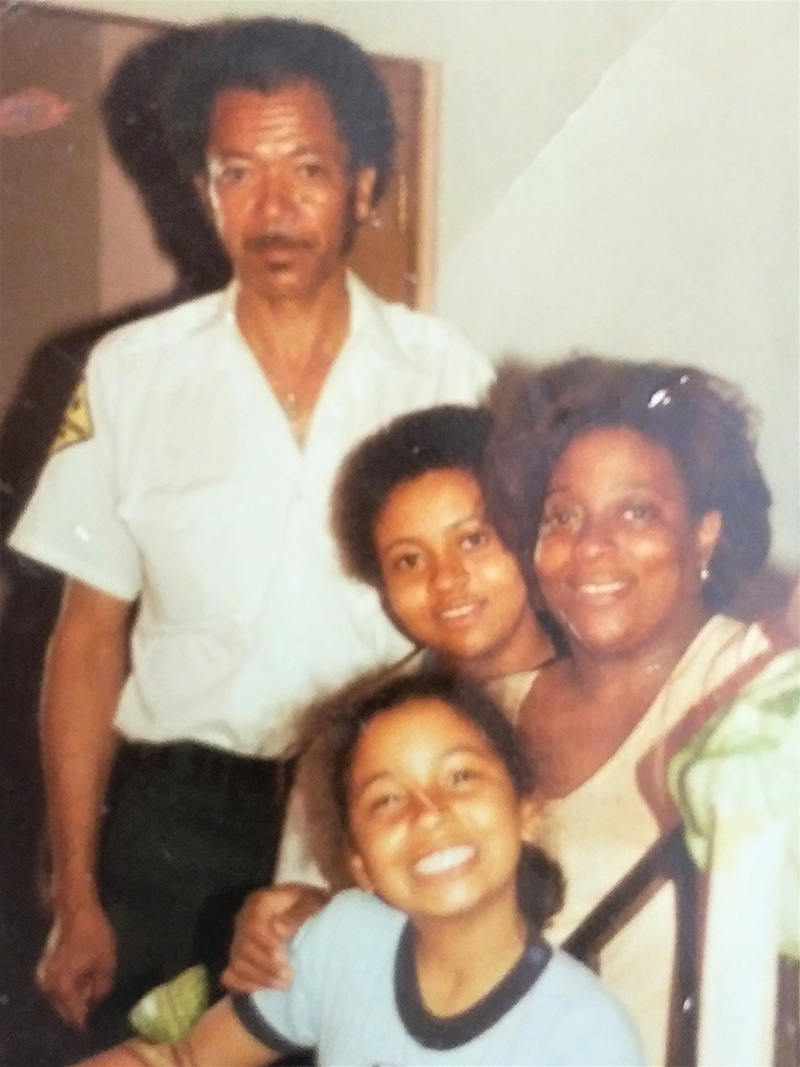 Identify or Describe Who’s in the Second Photo
abc