A Glimpse into the Life of Grover Lee Lett, Sr.
Page 1

Born in Tunnel Springs, Alabama, on October 27, 1935, Grover is the oldest son of the late Jack and Georgianna (Fountain) Lett. As of this writing in January 2019, he is the oldest living descendant of Elisha (Carrie) Fountain, Jr. He is Big Brother to Gloria McSean Lett, Samson Lett, Elisha Ottis Lett, and Thomas Prince Lett.
Born during the Great Depression, Grover learned the value of hard work at an early age. Starting around age 6, he and his cousin Vernice, who was like a sister to him, had chores such as feeding the chickens and livestock, and getting fresh water from a nearby spring. His playtime activities included making slingshots, playing marbles, pitching horseshoes, and fishing. As a child, he attended Antioch Church School in the local community.
At the age of 8, Grover moved from Tunnel Springs to Moss Point, MS, with his parents and younger sister, Gloria McSean. Moving to Moss Point offered the promise of better job opportunities for his father. During this era, family members and friends often helped each other relocate, offering a place to live and helping each other get adjusted to their new surroundings. Since banks would not make loans to black people, they saved their money, purchased building materials on loan from local suppliers, and bartered skills to make their dreams of owning a home a reality. Grover continued to have the values of hard work instilled in him as he helped his dad build their family home, which still stands in Moss Point. He was especially excited when they moved into a house with indoor plumbing (i.e. running water and a bathroom). That was a big deal back then! Shortly after, they also had electricity. The wood burning stove, however, remained a staple item in the kitchen as did the ‘ice box’ which was used to keep food cold and fresh in the absence of an electric refrigerator.
During his pre-teen years he earned money cleaning the neighbors’ flower beds. At age 13, his father purchased a lawn mower for him, and he quickly discovered a way to earn money mowing yards. I guess you could say he became an entrepreneur at a very early age! It was around this age that he also began a new hobby of hunting in the woods with his dad. At age 16, he got his first ‘real’ job at the Pogey Plant earning $5 per day.
Grover graduated from Magnolia High School in 1954 during a time when only about 15% of Black males in the U.S. did so. He remains a proud Magnolia Monarch to this day! He attended Tougaloo College, a private college in Tougaloo, MS, where he graduated in 1960 with a B. S. Degree in Chemistry. He also pledged Alpha Phi Alpha Fraternity while in college. His academic accomplishments occurred during a time when 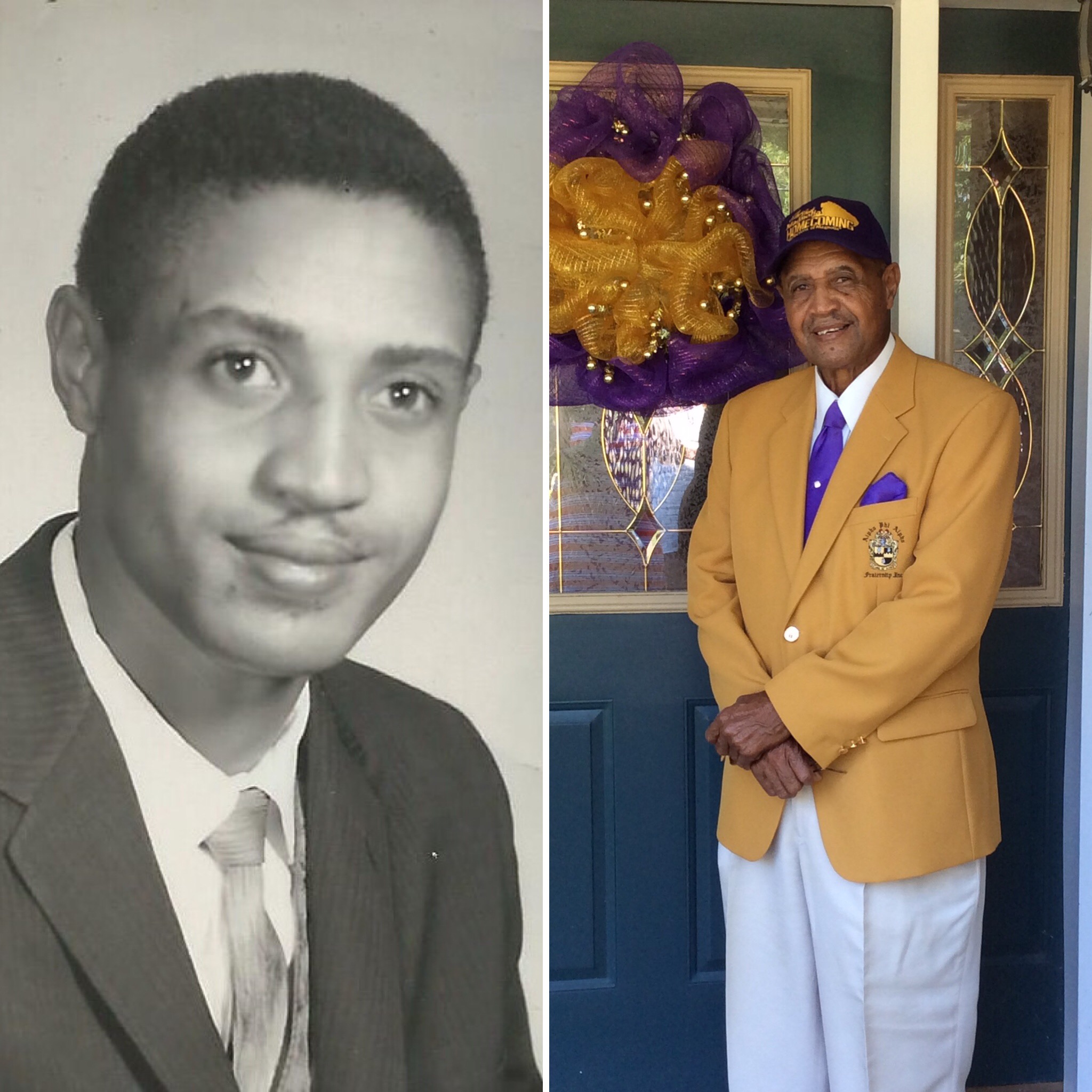